There changed into an experience of déjà vu as I accompanied the talk approximately “imposition of Hindi” and its retraction with the aid of the new Narendra Modi government over the last few days. In the past seven years, I saw and suffered a similar controversy over “objectionable cartoons” in the NCERT textbooks in Political Science. I turned into one of the chief advisers, together with professor Suhas Palshikar. 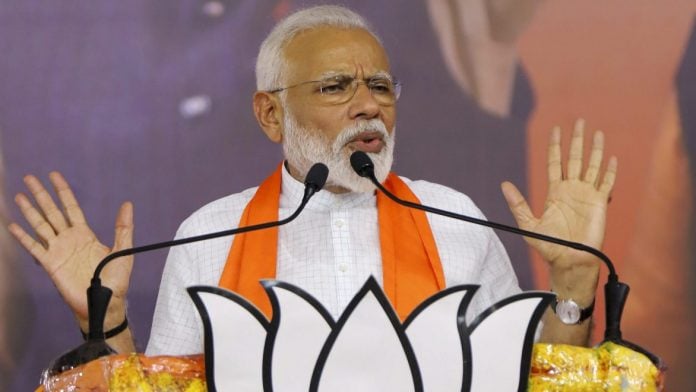 The controversy exploded in May 2012 with a short, heated, and unwell-knowledgeable debate on the floor of Parliament regarding a cool animated film in the class XI textbook that allegedly denigrated Dr. Ambedkar. That changed into accompanied by using a similarly heated national media trial in which simple facts about the textbook were the largest casualty. Faced with this political warmth, the UPA government truly capitulated. Kapil Sibal, then HRD minister, provided an abject apology in Parliament and was given pliant lecturers to get the NCERT to drop the “offending” cool animated film. Professor Palshikar and I resigned in protest. Professor Palshikar becomes attacked in his workplace.

The pattern is eerily the same this time. The Modi government released the draft of the brand new National Policy on Education [DNPE] that have been submitted in December 2018. Almost right now, an issue erupted about the BJP’s alleged attempt to impose Hindi on non-Hindi talking states. The allegation was politically very touchy because it emanated from Tamil Nadu. Now, conquering Tamil Nadu features high at the BJP’s future electoral roadmap. The massive impediment is the BJP’s image as a “Hindi-domination” celebration of a path.

This becomes echoed in a pretty sick-informed debate, thus far, within the media. Almost all media reports and commentaries have focused on two paragraphs inside the 484-web page document and assumed that the DNPE had endorsed something new. Comments on the dominance of the English language in Para 4.5.Four(on pages eighty one-83) have excited a few editorials within the English media. And they are spelling out of the same old 3-language formulation in para four.5.9 (on page eighty-four) invited the charge of the imposition of Hindi.

If the commentators had studied the complete segment 4.Five of the DNEP on “Education within the neighborhood language/mother-tongue; multilingualism and the power of language” and its chapter 22 on the advertising of Indian languages, they might have visible that the rate of a grand design for the imposition of Hindi is virtually unfaithful. I am afraid the temptation to wrong-foot the Modi government has led many opposition leaders to take a sick-suggested, if no longer irresponsible position, on something that worries a crucial problem of countrywide significance.

Let’s be honest to the file: The draft NPE nowhere takes the Hindi chauvinist role of Hindi being the “national language” of India, an expression that does not exist in the Indian Constitution. Nor does this document include anything that shifts from the present language policy of the united states of America concerning the reputation of Hindi. It truly repeats the three-language components that have been, at least on paper, the standard legit coverage on language schooling because of the first National Policy on Education in 1968 (para four (3)(b)).

The formulation indicates that every child must learn three languages: one’s nearby language, Hindi, and English. If the kid’s regional language happens to be Hindi, she needs to examine some other “Indian language,” preferably a south Indian language. This component changed into reiterated by using the National Policy on Education in 1986 (revised in 1992) and the National Curriculum Framework of 2005. The DNPE reiterates the inherited consensus. If something, the DNPE is greater circumspect about underlining the role of Hindi than the original NPE.

The 3-language formula becomes a prudent way to remedy the vexed issue of English and the numerous cutting-edge Indian languages, or beaches, as U.R. Ananthamurthy could name all of those. Sadly, the method is never practiced in its authentic spirit. The Hindi belt states found methods to circumvent it. It respected the primacy of the kingdom/local languages while recognizing the rising software of Hindi as a bridge amongst Indian languages and that of English as a bridge to the world out of doors India.

Instead of getting Hindi-speak me kids to analyze, say Tamil or Marathi or Bengali, they started using perfunctory teaching of Sanskrit (or, in a few cases, Urdu) to meet the formality of the third language. So, in reality, the three-language formulation meant that the non-Hindi-audio system learned Hindi while Hindi speakers learned no different modern Indian language. This inequality has induced heartburn.

Successive governments in Tamil Nadu have rejected this formula as a manifestation of linguistic inequality. The English-talking elite has cleverly used this quarrel amongst beaches to perpetuate the dominance of the English language and the bizarre practice of English as a medium of training.